A recent article by National Geographic highlighted the struggle of a species of small porpoise found in Mexico’s Sea of Cortez region. Fishing with nets has been one of the greatest sources of adversity for the creatures, but a small population of less than 100 leaves hope that the species will make a recovery. As you travel in this area, interest in the population might provoke you to spend hours in quiet observation as you scour the horizon for signs of the creatures. Just be sure that you have excellent information and watch Mexican insurance news as laws and liability limits per state can suddenly change.  You wouldn’t want to make the news as a foreigner who ends up in trouble because of an accident, and your Mexico insurance coverage is an important factor in avoiding such issues. 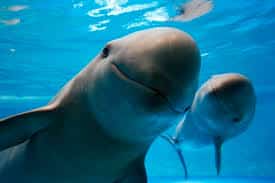 The Plight of the Vaquita – Only 100 Remain

Known as the vaquita, the endangered porpoise seems to be a victim of circumstance. Another rare species, the totaba, is highly prized for its bladder, which is considered a delicacy in Asian countries. As this fish was taken via nets, the vaquita was the unfortunate bystander that also became ensnared frequently. Other net use also affected the unique porpoise, causing the population to decline. Although fishing for the totoaba was banned for many years in Mexico, the high prices paid for the bladder have prompted continued fishing for the species. This has resulted in the need for Mexican authorities to ban all gillnet fishing in order to give the vaquita a chance. Hopefully, future news will report an increase as the creature is given a reprieve from the dangerous nets.

Mexican News and Information for Those Traveling to Watch from Shore

For those who are patient, viewing from shore might prove rewarding, and a camera is an ideal way to capture the image of these unusual porpoises. Mexican insurance news and information is important, especially if you consider off-road approaches to viewing areas. Mexican insurance news always reminds off-road enthusiasts that is not covered by Mexico insurance coverage policies. An accident in such a setting could be bad news, causing your Mexico insurance coverage to be revoked. Pay attention to information about your policy so that you don’t create costly problems with your decisions.

Mexican insurance news by MexicanInsuranceStore.com includes Roadside Assistance through all of Mexico at no additional charge