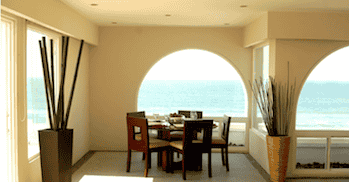 Gringos may love the flavors of Mexico, but a trip to Mexico may change your perspective dramatically as you experience a variety of new styles of favorite foods. You’ll probably be exposed to some unfamiliar options as well. Get a Mexican auto insurance and cooking experiences before you travel south. You’ll want to allow yourself plenty of time to explore both stands and restaurants, so be sure that your Mexican car insurance dates allow some flexibility. Your coverage needs to be effective at all times as you drive in Mexico. Following are five ingredients that are influential in Mexican cuisine.

1. Salt: Although salt is obviously incorporated into cuisine around the world, its impact may be unrealized in some dishes. Carne asada, a popular taco stand selection, may be at its best when simply covered with an ample supply of salt prior to preparation, providing much the same effect as a brine.

2. Achiote: This spice is most commonly used to add red coloring to foods. In a small amount, it does little for the flavor of a dish, but it can brighten the color of refried beans, rice, and other basic dishes.

3. Bouillon: These products are often referred to as polvo de pollo or polvo de res, chicken and beef powders. You’ll also find a tomato version available in many Mexican markets. The polvo is used to flavor soups, rice, and other entrees and side dishes.

4. Canela: Cinnamon is a familiar flavor in deserts, including some flan dishes, arroz con leche, hot and cold beverages, and ice cream. The spice is often infused into foods and beverages by the immersion of cinnamon sticks into liquids used in making the dishes. You might even find some folks adding cinnamon sticks to their coffee carafes as they brew a pot.

5. Chamoy: The spicy, acidic sauce is popular with fruits, instant soups, and chips. It is often used as a condiment, but it can also be incorporated into some dishes.

Is Mexican auto insurance is now required across the border? Yes

Before you try any of these ingredients in Mexico, you will want to research your Mexican car insurance carefully. Subtle differences from one Mexican auto insurance product to another could make a major difference in an emergency. Be sure that your policy includes roadside and legal benefits.

Mexican auto insurance from MexicanInsuranceStore.com gives you peace of mind!