What about your regular auto insurance?

Like most Canadians who drive, you probably have decent auto insurance. It would be extremely risky to go without it. As great as your policy may be, it’s not going to help you at all down in Mexico. The cops and other authorities down there can’t process policies that originate outside of the country. You can show the police your Canadian insurance policy until you’re blue in the face, but it’s not going to matter. They need to see Mexican auto insurance for Canada residents; if you can’t hand it over, you’ll go to jail.

You have to pay

The police don’t lock up people for not having Mexican car insurance for Canada drivers out of spite. They don’t do it as a form of punishment either. They do it to ensure that Canadians who are involved in auto accidents don’t flee the country before the investigation is complete. If you don’t have Mexican insurance for Canada drivers and are found to be at fault, you will have to pay for the injuries and damages that you have caused. You’ll have to pay with cash. If they let you go, the innocent party could be left hanging, and that wouldn’t be very fair.

It just isn’t wise to flout the law while you’re down in Mexico. As irritating as it may be to have to buy Mexican insurance for Canada residents, it’s the only way to go. The possible consequences of not doing so are just too severe. You don’t want to languish in jail while you’re supposed to be having fun, right? And you’d probably rather not return to Canada with huge bills either. To avoid these problems and many others, always carry valid Mexican auto insurance for Canada residents while you’re in Mexico. 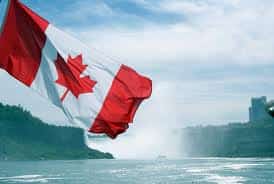 Canadians South of the Border