Upon learning that the authorities at the border aren’t going to check and see if they have Mexican insurance coverage, many people feel like they can just go without it. After all, how will anyone know that they don’t have it? As an added bonus, the cops won’t ask to see proof of Mexico car insurance. Why do you need it at all? The answer is simple: You don’t know when or if you’ll be in an accident. If you are and don’t have car insurance, you’ll be in a dilly of a pickle. Mexican insurance has become more important because minimum death compensation has just increased significantly.

To avoid being stopped by the police in Mexico, make sure to obey the posted speed limits and follow other routine traffic laws. In the event that you are stopped, you normally won’t be asked to show proof of car insurance coverage. That still doesn’t mean that you don’t need Mexican insurance coverage. If you are given a ticket, you will have to go to the station to pay for it. Do so right away. Without doing that, you could get into even more trouble if you’re stopped again later.

As intimidating as they may seem, military checkpoints are perfectly normal down in Mexico. The people who live here are used to them, and you’ll get used to them if you spend a decent amount of time south of the border. The authorities may ask to see your ID, but they’re not normally interested in looking at your car insurance. Don’t even bother trying to offer it to them. In fact, only hand them what they ask for; don’t volunteer anything extra. Be polite and courteous. You should be waved right through.

Get Your Mexican Insurance Coverage Early

You can avoid all of the problems that go along with not having Mexico car Insurance coverage by getting it early. Don’t wait until you get to the border. Don’t buy it from a local agency. Go online and order it so that you have it ready to go when you get to the border. You’ll save money, and you’ll have what you need when you arrive. With a quality Mexican insurance policy, you won’t have to worry about going to jail, and you won’t be slapped with huge bills in the event of a car accident. 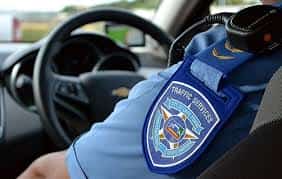