Zacatecas – Where Culture and History Intersect with Beauty and Excitement

When you think of Mexican culture and history, what comes to mind? If you’re a local, the Guadalajara Centro or the pyramids of Teotihuacan come to mind.

One of the shining jewels of Mexico is the state of Zacatecas. As you will discover, Zacatecas is where culture and history intersect with beauty and modern excitement.

When you approach Zacatecas, the Cerro de la Bufa is one of the first visible landmarks. In other words, it’s a rainbow shaped wave formation that tops the tallest peak in the city. Additionally, they light it up at night. During the day it’s worth taking a bus or driving up to visit La Bufa. At La Bufa one can overlook the panorama of the city. When doing so, a photo with a larger than life Pancho Villa is a must do, as well. Pancho Villa played an important role in liberating Zacatecas from the Spanish during the Mexican Revolution.

In addition to Mr. Villa, there is a monastery and a cable car (Teleférico). At the base of the Cerro de la Bufa is the historic centro which includes an insightful Mining tour showcasing the rich abundance of silver that made Zacatecas into the city it is. The centro is a UNESCO World Heritage Site, and it’s not difficult to see why.

The centro is a wonderful place to go for a walk, and the commute is safe. Therefore the environment becomes more festive with playful traditions at night.

What kind of traditions?

One of those traditions are the callejoneadas, or alleyway parties. Additionally, these can happen at any time. For example, you can hear loud traveling musicians romp through the small streets and alleys dancing and having a great time. Along the way, there will be people holding big bottles of mescal or a beer derived punch called heribertas. At many of the squares or plazas in the centro, there is be dancing and often food being served up. In one of the squares, the history of the city is projected onto the façade of a cathedral. In all, it’s truly spectacular to watch. 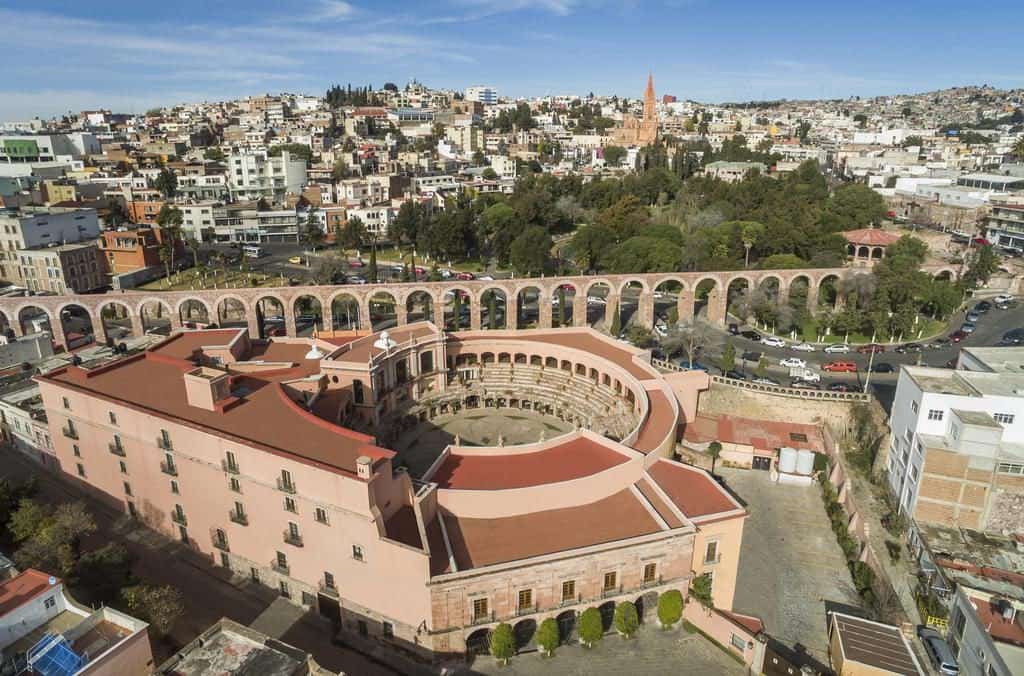 Did you know Mexico’s first bullfighting ring was built in Zacatecas? Additionally, the ring is now encompassed by the elegant and stately Quinta Real Hotel. The bullring itself is used for public and private events including weddings and celebrations. You can see the original Roman style arched aqueduct running alongside the Quinta Real Hotel!

For instance, fine dining and exciting nightlife can be found throughout the city. Zacatecas has a significant European feel to it, and many authentic world flavors can be located for your epicurean pleasure. The city also features a world-class university which draws in a diverse cross-section of students. Zacatecas is only 75 minutes away from San Miguel de Allende and 3 hours from Guadalajara. Wonderful evening in the Centro Historico

In conclusion, the city deserves at least an overnight visit. After that, you need a weekend to enjoy the many wonders of this vibrant and critically important city.

Zacatecas is in the northern central region of Mexico situated below Durango. One of the first things you will notice is the high elevation. After all, the city sits at just over 8,000 feet (2440m). This means even the hottest Mexico days will be comfortable and enjoyable for you. High elevation also means that it occasionally snows during the wintertime.

If you’ve never driven across the border, heading to Zacatecas is quite easy. It’s located about two days south and passes through some spectacular regions of Mexico depending on your route. However, you will need a Passport, Visa, and Temporary Vehicle Import Permit (TVIP). Additionally, buy the appropriate amount of Mexican insurance coverage and you’re ready to go. History of Zacatecas projected onto a facade. A band in one of the town’s centro plazas. Group of cub scouts walking through the centro historico. A photographer uses the centro as a backdrop for his model 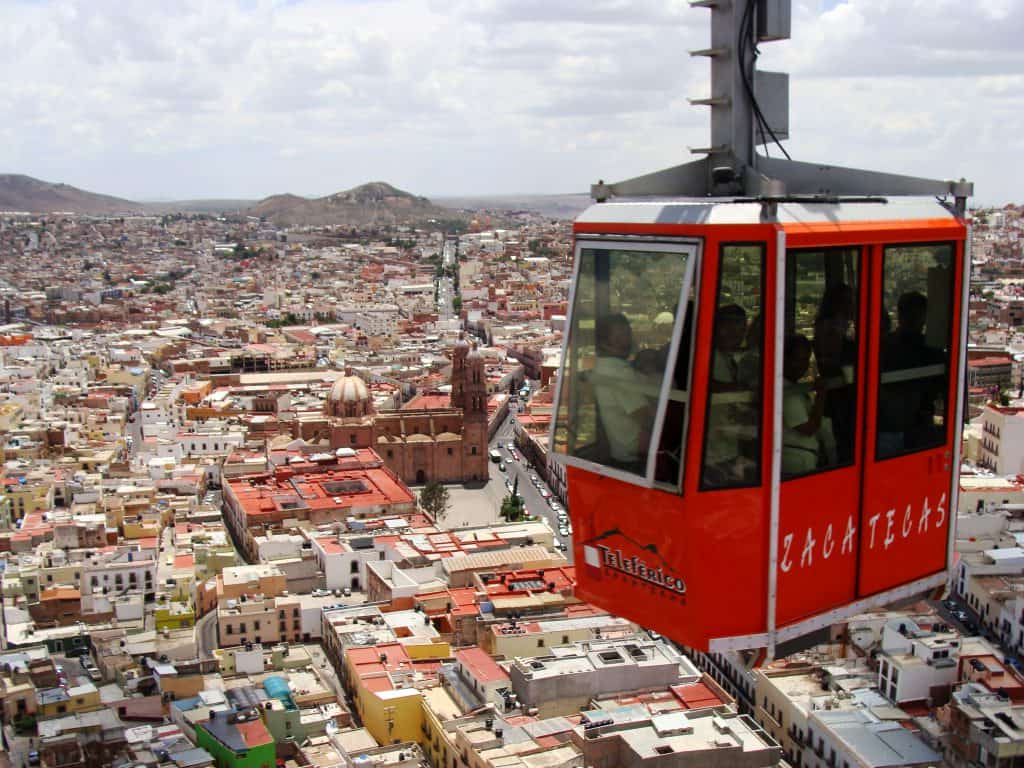 The Teleferico running over the historic centro. Previous Post
What Documents Are Necessary To Travel In Mexico?
Next Post
Celebrating Christmas in Mexico by Mexican Insurance Store