Participate in the Carnival of Guaymas, Mexico! 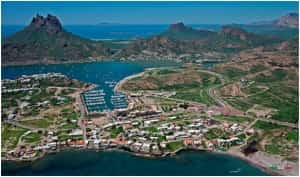 View of the city of Guaymas, Mexico.

The people of Mexico love to throw great parties and celebrations. During any given month in virtually any corner of the country, its possible to find lavish fairs, carnivals and other celebrations. By driving just over 200 miles south of the border in the state of Sonora, you can check out the Carnival of Guaymas. All youll need to get there is a reliable car and some decent Mexican insurance coverage from Mexican Insurance Store.com. Head down during the week before Ash Wednesday to see what it’s all about.

The city of Guaymas has plenty of beaches, but its not considered a resort town. Still, its worth it to buy Mexican auto liability insurance and head down to the city for its popular annual carnival. Purchase your Mexico car insurance online before you hit the road. Keep a copy of your Mexican car insurance in your glove box and drive to Guaymas, which is located in the Sonora Desert on the Sea of Cortez. From southern states like New Mexico and Arizona, it’s not a bad drive at all.

The Carnival of Guaymas

The Carnival of Guaymas kicks off on the Thursday before Ash Wednesday every year. It runs all the way until the beginning of Lent, at midnight. The very first thing that people do during the carnival is known as the quema del malhumor. During this ritual, an effigy of someone or something that has displeased people in Mexico is burned. This is startling to those from other countries, but it is quite normal in Mexico. In years past, effigies of everything from former U.S. president George H. W. Bush and the lack of water in Mexico have been burned.

The quemas del malhumor isnt the only reason to check out the Carnival of Guaymas. Long, elaborate parades take place during this unique event. Theres always plenty of food and drinks to enjoy, too. Throngs of people flood the city during the event, which is immensely popular. If youd like to experience it for yourself, make sure to book your hotel stay well in advance. Rooms tend to fill up fast in the dates leading up to and during the event. Youre sure to have a very eye opening experience during this unforgettable carnival. Participate in the carnival of Guaymas, Mexico!

Post Views: 130
Previous Post
Mexican Insurance: Is It Important To Buy Mexico Insurance For a Mexico Vacation?
Next Post
Pay a Visit to El Tajin, Mexico!