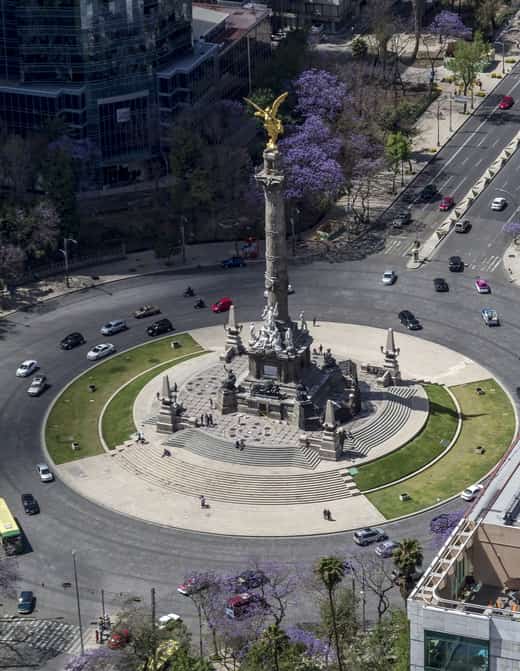 Most important Mexican monument in honor of its Independence, at Reforma Boulevard

Imagine a city that has the culture and nightlife of New York and the climate of L.A. Roll the two top American cities into one and you have Mexico City. It is the most populated city in Mexico and the country’s center.

Mexico City is the capital of Mexico and is located in the center of the country in what is known as the Valley of Mexico surrounded by beautiful mountains. The metro area is home to more than 20 million people and is one of the most densely populated cities in the world. The city has experienced amazing growth over the last 50 years fueled in large part by hosting the Olympic games in 1968.

Number one among the must see attractions in Mexico City is Teotihuacan which is known as the place where men became gods. It is located northeast of Mexico City and is one of oldest known cities in North America. This is where you will find the pyramid of the sun built in the first century AD and the pyramid of the moon which was constructed a few years later. There are a number of other historic ruins on the site which feature murals of early leaders and tributes to the gods.

There is much more history to discover in Mexico City. The Templo Mayor located in the historic center of the city was part of an ancient Aztec city that dates back to the 1300’s. It is on the UNESCO World Heritage List. The Zocalo as it is called in Mexico is also home to the National Palace and the Metropolitan Cathedral. The place was built on the grounds of the home of Montezuma and dates back to the 1500’s.

One of the greatest collections of artifacts from Montezuma and the Aztec era is at the National Anthropological Museum in Mexico City. Exploring the 100,000 square feet of exhibit space will take you all day. It is divided into time periods and features not only the Aztec story but the Mayan and Olmec civilizations as well. It is located in Chapultepec Park which is home to the Museum of Modern Art and a zoo which dates back to the 1500’s. Mexico City Deserves a Visit!