Mexican Insurance Online and Random Tips About Driving in Mexico! 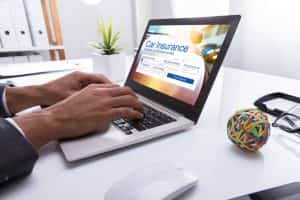 There’s no reason to be worried about driving in Mexico. Although there are some quirks and tips that you need to brush up on, there’s no need to avoid driving south of the border altogether. Every day, thousands of tourists hit the road in Mexico. Very few of them will encounter any issues whatsoever.

In the U.S. and Canada, drivers take pay at the pump for granted. In fact, it’s quite unusual to run across a gas station in those countries that don’t offer this service. The same is not true in Mexico. Pemex gas stations, which are incredibly ubiquitous in Mexico, often don’t even accept credit cards! They usually accept U.S. dollars and Mexican pesos, though, so make sure you have cash on hand as you drive along.

Be Patient About Military Stops

Military checkpoints are facts of life in Mexico. Keep in mind that Mexican drivers deal with them each and every day. When you’re traveling south, you probably won’t encounter very many of them; when you’re traveling north, though, you’ll sometimes feel like there’s a checkpoint at every turn. Be polite and patient when stopping at these checkpoints. If your vehicle needs to be searched, don’t express frustration about the situation, it could encourage the authorities to take an even longer time than necessary.

If you think that drivers in the U.S. and Canada are aggressive, you’ve never driven in a Mexican city. Mexican drivers are often extremely aggressive; they have little patience for people who don’t know where they are going or what they are going. If you find yourself in front of an especially aggressive driver, resist the urge to “fight back.” If possible, pull over and allow the driver to pass. If you’re on the freeway, turn on your left blinker when the coast is clear to let the driver know that it’s safe to pass. Get away from the driver as soon as possible so that you don’t escalate the situation. Random tips about driving in Mexico!

Post Views: 64
Previous Post
Safety Tips for Traveling to Mexico and Mexico Auto Insurance!
Next Post
Mexican Insurance Auto Liability and Tips for Packing for Your Vacation in Mexico!