Mexican Insurance and The Top Things to Bring to Mexico! 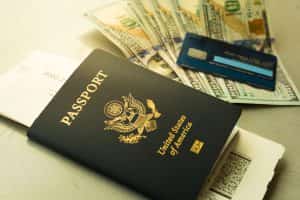 USA passport and boarding pass, with payment of cash and credit card at the airport.

If youre planning a trip to Mexico, youve probably already written a list of things to pack. That list is sure to include the essentials: suntan lotion, flip flops, sunglasses and a bathing suit, just to name a few. Coming up with this sort of list is fun, but you should take care not to overlook the more practical items that you’ll need to round up before heading south of the border. One of the most important examples is Mexican insurance by Mexican Insurance Store. Putting off comparing online Mexican auto insurance Reviews until you reach the border is a bad idea for a number of reasons. Most importantly, doing that puts you at the mercy of the car insurance for Mexico peddlers at the border; theres no telling what youll be getting. In addition to Mexican insurance, there are a few other things to bring along; learn about them below.

People who fly into Mexico have no choice: They have to apply for, purchase and bring along a passport to gain entry into the country. By driving into Mexico though, you open up more opportunities. Most importantly, those options are a lot more affordable than a full fledged passport. Passport cards, for instance, can be used to get into Mexico. They cost significantly less than regular passports; the caveat here though, is that they are only good for passage into Mexico, Canada, the Caribbean and Bermuda by sea or land, not by air. The same is true of enhanced drivers licenses, which are available through the DMV.

You can combine this requirement with the passport requirement by purchasing an enhanced drivers license. This option is especially handy if you make regular trips down into Mexico. Otherwise, you will need a passport or a passport card along with a picture ID. Most people present their drivers licenses or state ID cards when crossing the border. If you leave your ID behind, you can forget about getting into Mexico.

At the border, you will have to pay for a tourist card. The best way to go about this is by paying with cash. Before you hit the road for the border, stop at an ATM and stock up. Keep in mind that it’s not a good idea to run around Mexico with tons of cash, though. ATMs are available in most major Mexican cities, so keep small amounts on you at all times. Having cash handy will speed up the process at the border, allowing you to get on with your journey that much more quickly. The top things to bring to Mexico by Mexican insurance store!