Is Mexican Car Insurance for Mexico City Right for You? 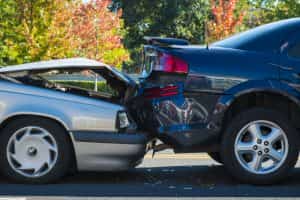 Perhaps youve already done the whole Mexican beach vacation thing, or maybe youre just ready to see a different side of this fascinating country. In either case, you may be looking for a new Mexican destination to sink your teeth into. One obvious possibility is its capital, Mexico City. Before buying Mexican Car insurance at Mexican Insurance Store and driving down though, it pays to make sure that Mexico City is an ideal vacation destination for you. Just as youd research Mexican auto insurance online policies, you should do extra research about this unique destination.

It pretty much goes without saying that Mexico City is impossibly vast. It covers more than 570 square miles, if that gives you any idea of its sheer size. With a population of 8.8 million people within its city limits, it is the second most populated city in the entire world. Those folks are crammed into the city, despite its immense size, giving it the highest population density in the world. When you buy Mexico auto insurance and come down, be prepared to spend a lot of time in close proximity to other people.

One of the most compelling reasons to buy Mexican Car insurance and drive down to Mexico City is its long, illustrious history. Tenochtitlan, the original city on the site, was founded by the Aztecs on March 13, 1325. After the Spanish arrived, the city was renamed Mexico City; that change occurred on August 13, 1521. Thanks to the long history of different cultures that have called this place home, the city is awash in fantastic cultural and historical sites. If you love learning about ancient cultures, especially more modern ones, this is the place for you.

In addition to offering many enriching and intriguing cultural and historical sites, Mexico City is a great place to live it up. The city boasts a wonderful nightlife that is sure to appeal to just about anyone. No matter where you are in the city, you shouldnt have any trouble finding a nearby club or bar where you can drink and dance away a few frenetic and fun hours. The residents of Mexico City love to party and are very welcoming to visitors, so be prepared for a raucous and entertaining time! Is Mexican Car insurance for Mexico City right for you?