Destination Mexico: Vacation for All! 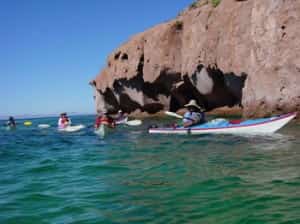 If you have ever given any thought to visiting Mexico, theres a lot to visit. Its 31 states plus a federal district in an area thats triple the size of Texas, with a developing economy that the World Bank ranks thirteenth largest in the world. You can find coastal lowlands, central high plateaus, and mountains of up to 18,000 feet, and climate ranges from tropical to desert.

With about 112 million inhabitants (July 2009), about 3/4 of whom are urban, Mexico is the worlds largest Spanish-speaking country. According to some estimates, the population of the area around Mexico City is nearly 22 million, which would make it the largest concentration of population in the Western Hemisphere. Needless to say, there’s reason to avoid the most heavily populated areas: border cities like Tijuana and Ciudad Juarez, and in the interior, like Guadalajara, Monterrey, and Puebla, that have undergone sharp rises in population in recent times.

That still leaves an incredible amount to seek out and enjoy. Mexico is a country with a proud and ancient history of highly developed cultures, including those of the Olmecs, Mayas, Toltecs, and Aztecs, that existed long before the Spanish conquest in the early 1500s. Suffice it to say, there’s plenty in Mexico for you to enjoy, no matter what your preferences and tastes.

Want to see the Aztec Pyramid of the Sun in Teotihuacan, Mexico? How about the historic lands of the Mayans, or the city of Tenochtitlan made famous by the explorer Cortes. If wildlife whets your tastebuds, there are rainforests, jungles, reserves, and zoos for those who may be a bit less adventurous. Mexico has it all! Shop til you drop, party like its 1999, or live like Crocadile Dundee in the fabulous destinations of Mexico. Destination Mexico: Vacation for All!